Tonight was meant to be opening night for Ghost Hunting, a beautifully written one-act play and one of four making up Blackheath Theatre Company’s Out of the Blue.

I played Clarissa Peacock (‘a clairvoyant of no society whatsoever; I’m a free spirit’). My daughter Daisy was Beatrice, a novice ghost hunter, and Elizabeth de Koster-Wyszecki was the abrasive Adelaide (a sceptic, but ‘friend to all genuine mediums’). 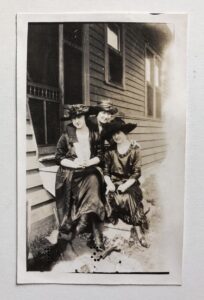 Pandemic lockdowns meant the show was play postponed three times previously, having been scheduled for May 2020, May 2021 and October 2021. It was incredibly frustrating returning to scripts after months away and re-learning lines and blocking. 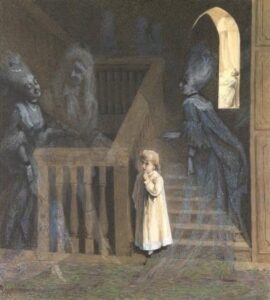 Just ten days before our 28 July 2022 premiere, the newly elected (three weeks before) BTC Committee very suddenly and unexpectedly – without any prior consultation with Out of the Blue directors or actors – cancelled all performances, claiming the show was too risky because of the pandemic. The BTC President and Secretary, elected four weeks ago, have already resigned over fallout from the controversial decision. 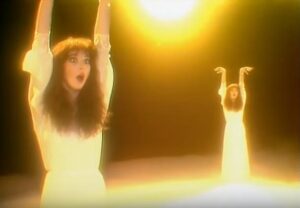 Blackheath Theatre Company is the only performing arts company in Australia currently pulling plays off instead of staging them. All over Australia, every other theatre is open, with audiences in masks. In the same our show was declared too dangerous for theatre-goers to attend, the local Blackheath History Forum and Phoenix Choir both went ahead to full houses, completely sold out, relished by exactly the same demographic of locals who were denied the opportunity to enjoy some live theatre. 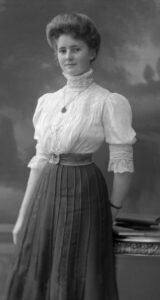 David Levell’s other ghost play, A Bush Haunting, in 2019 was a big hit with audiences. An expansion of the story recently won the international Twisting a Tale Dickens Museum competition. Ghost Hunting was possibly even stronger and would have transported theatre-goers into a haunted house. It’s distressing people have been denied this experience thanks to a management committee with far more impressive mediumistic powers than Clarissa Peacock, pinpointing that July 28-July 31 was an absolute peak of Covid danger but surrounding days were nowhere near as risky. 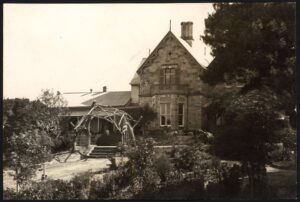 Tonight, I’ll store away Clarissa and Beatrice’s antique blouses, cameo brooches and rosemary sprigs. There are no rehearsal photos, as the shock news was delivered last Monday about an hour before the rehearsal publicity photos were to be shot. I’m sharing a few inspiration photos for Clarissa Peacock and Ghost Hunting from my Pinterest board for those who might be interested in a snippet of the behind the scenes work that goes into creating a character. 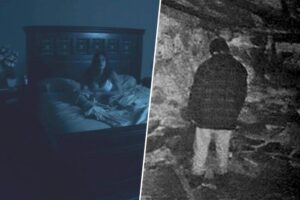 Thank you to my fellow cast members Daisy Levell and Olive for sacrificing precious HSC/school study time, and Liz for her never-ending hard work and for being a magnificent Adelaide. I’d like to apologise to the marketing people and the many volunteers who were on standby ready to go to do the hard work behind the scenes in letterbox drops, catering, front of house. I see you all.
Finally, thanks to David for your incredible words, for the inestimable hours in freezing cold halls throughout several very long winters as writer/director. I truly loved every moment of those rehearsals. Thank you to the other Out of the Blue writers – Brian Twomey, Iain Fraser and John Shand. I’m thinking of you all on this sad night of what should have been the culmination of years of hard work. I hope at some stage in the future your plays will be performed. You all deserved better.
Writer images courtesy of Kylie Blakemore
#BlackheathTheatreCompany #Blackheath #BlueMountains #Covid #ghoststory #ghosts #Communitytheatre
#DavidLevell #BrianTwomey #IainFraser #JohnShand #theshowmustgoon #alltheworldsastage