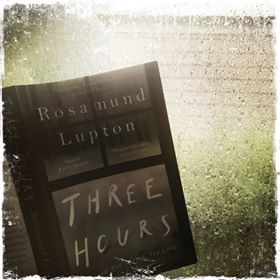 I’m superstitious when it comes to Rosamund Lupton. Not only is she one of my favourite writers, but after reading Sister, her 2011 bestselling debut thriller, I won The Scarlet Stiletto Award. And so, in true writerly superstitious style, I always re-read one of her enthralling stories when I’m working on a book. A new Rosamund Lupton book is always cause for celebration. She is one author I’ll buy the paperback and then end up purchasing the hardcover as soon as I finish it.
Her current book Three Hours is highly lauded and concerns a school shooting set in rural, snowy Somerset. It sounded like a book I’d love, so on the perfect rainy weekend, I opened it with great anticipation.
Like her previous books, Three Hours is a page-turner, clever and stylishly executed. It filled in my rainy weekend admirably. 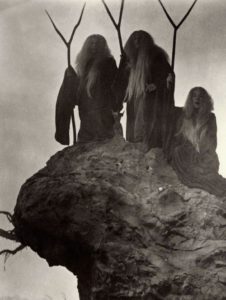 ‘And this is what evil does, Neil thinks. It exposes your fear and cowardice, your vulnerability and your fragility, makes you confront your mortality; but it also finds courage and selflessness that amaze Neil. He thinks of white type of a white screen, the poem’s beauty invisible until the background screen is turned black.’
A progressive private school in Somerset in England is besieged by two masked gunmen. Children and staff are barricaded inside classrooms, the library and theatre. In a symbolic scene, books are piled against a door to keep the gunmen out. The identity of the gunmen become known, but the question of whether there is a third gunman remains. The multiple characters are given their separate viewpoints in parallel strands.
They include:
The liberal Headmaster, Matthew Marr, who is critically shot in the beginning of the book, and who recognises the voice of the gunman but is unable to voice who it is.
His heroic Deputy Head, Neil Forbright.
Daphne Epelsteiner, the drama teacher.
Two Syrian Refugees taken in at the school, Rafi, and his younger brother, Basi Bukfari. Both suffer from PTSD. Alone and vulnerable outdoors in the snow seeking his brother, with killers on the loose,  Basi is unable to determine what is real and what is genuine. Rafi and Bafi’s journey to England is memorable it its poignant detail such as Bafi’s shame over bedwetting. The brothers cling to the memory of the kindness of strangers and they are unable to trust the normal authority figures. 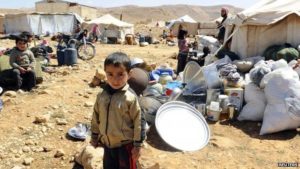 ‘Not enough money for her, just him and Basi; ten thousand euros each to go via Italy, the safest route, the people smugglers, said. And oh for fuck’s sake, people are bored of this story, all that tugging misery, and you get fed up with desperate people and he gets that, he really gets that, because he’d rather binge-watch a series on Netflix, or listen to Spotify, or play Xbox or hang out with his friends too, who wouldn’t?’
Detective Inspector Rose Polstein, a pregnant forensic psychologist whose role it is is to get inside the head of the gunmen in order to prevent the tragedy unfolding rapidly.
Beth Alton, an increasing desperate mother trying to get in touch with her son, Jamie, and her mental communications to him. I really enjoyed this character. Whether her action right at the end is something I could relate or believe in, I’m still thinking about.
Hannah, Rafi’s girlfriend who is left caring for the Headmaster, while trying to locate Rafi. 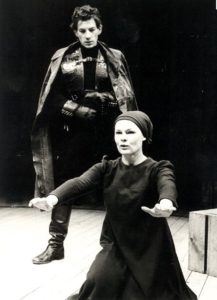 The book rises in intensity as social media picks up the school crisis and the police try to contain the rippling of it via social media to the world as different countries begin to wake up to the drama. Some of these scenes are fascinating for the research on technology and the experts having to encrypt messages and clues from computers with little time to do so.
There are several issues explored in Three Hours: hate crime, white supremacy, radicalisation, teenage alienation, extremism and refugees. The overriding theme of the book is Love.
‘Love is the most powerful thing there is,’ the headmaster tells his student. ‘The only thing that really matters.’ 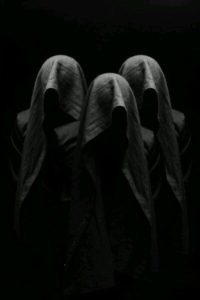 ‘Come, you spirits
That tend on mortal thoughts, unsex me here
And fill me from the crown to the toe top full
Of direst cruelty; make thick my blood,
Stop up the access and passage to remorse…’ 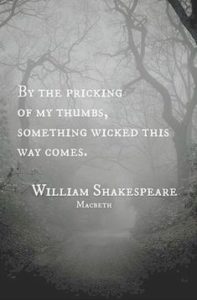 The plot device of using Macbeth (the Syrian refugees have a copy of it from their father, and the school is staging it) works well although I’m still wondering if rehearsals would continue with gunmen at their school. The finale (no spoilers) with the trees, didn’t fully convince me, but visually it’s a spectacular scene.
‘Rafi told her once that for him it isn’t Macbeth and Lady Macbeth who are the frightening characters, but First Murderer, Second Murderer, Third Murderer, men without names; unknown killers in the darkness.’
FIRST WITCH Here I have a pilot’s thumb,
Wrecked as homeward he did come.
THIRD WITCH A drum, a drum;
Macbeth doth come.
‘Oh hellfire, Daphne thinks, the tedious Norwegians have finished and the violence is about to start; a spreading evil that leads to children being murdered and men not being able to walk at night, and the world turning dark even in daylight.’
Like The Quality of Silence, some beautifully evocative writing comes from the poetic description of the landscape adding to the melancholy tension. The landscape becomes its own character:
‘A gust of wind batters the police Range Rover. Out of the window, the snowflakes are thick and frenzied, each one an insubstantial feather, weightless, but massed together they are piling on to trees, fences, hills of grass and ploughed fields. Everything weighted down and smothered; the landscape being suffocated.’
Three Hours is a stylish and absorbing read. It has remained with me after I finished the book and I know I will return to it. It’s a call for tolerance and love. I’d love to see it on the Reading List of all schools as well as on the big screen.  I can’t wait to see what Rosamund Lupton offers next. 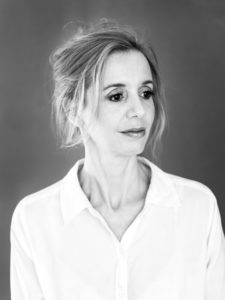 ‘To be conscious is not to be in time
But only in time can the moment in the rose-garden
The moment in the arbour when the rain beat,
The moment in the draughty church at smokefall
Be remembered; involved with past and future.
Only through time time is conquered.’
T.S. Eliot, ‘Burnt Norton’ . Four Quarters (1936)