The Days were a clan that mighta lived long
But Ben Day’s head got screwed on wrong
That boy craved dark Satan’s power
So he killed his family in one nasty hour
Little Michelle he strangled in the night
Then chopped up Debby: a bloody sight
Mother Patty he saved for last
Blew off her head with a shotgun blast 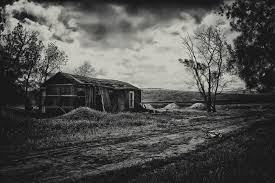 Baby Libby somehow survived
But to live through that ain’t much a life
– schoolyard rhyme, circa 1985 from Dark Places
I’m not easily scared by books, but Dark Places had me so terrified by the time I reached the final twist I couldn’t sleep and had to leave lights on. 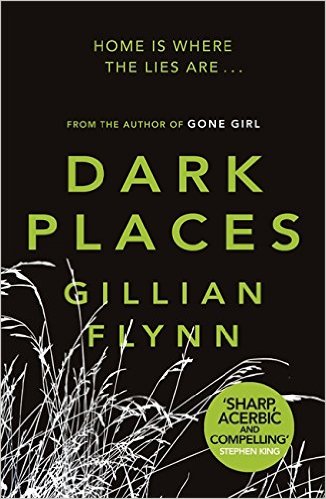 My heart  pounded so hard as I neared the end I thought I was going to have a heart attack. It didn’t help that I read the book late at night, with everyone asleep, on Boxing Day Night. 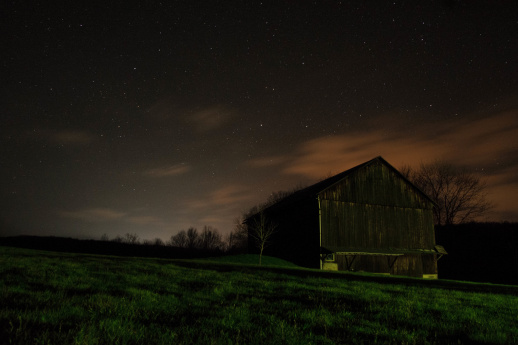 By the end of the story, I felt my brain needed to take a bath to rid itself of some of the more disturbing images planted by Gillian Flynn. In a lesser writer, Dark Places would have been a grisly story like some 80s slasher film, but Flynn elevates the material she is working with to a book that is gripping, disturbing and heartbreakingly poignant. 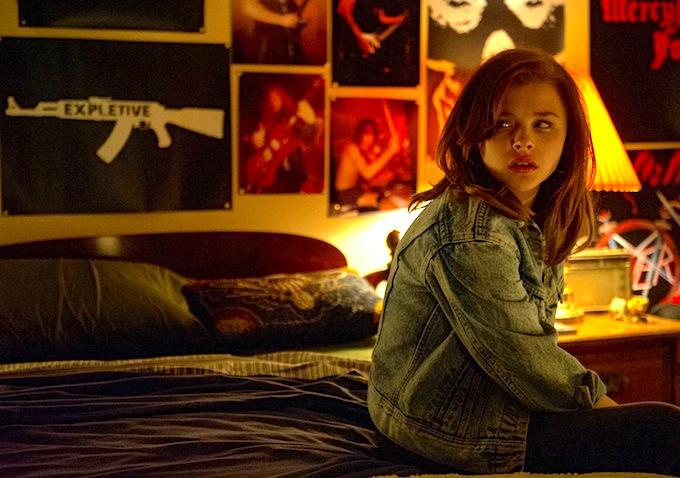 The story is narrated in multiple viewpoints alternating between Libby Day in the present day , the survivor of the grisly murder of her mother and two sisters in 1985. Michelle Day, the eldest girl, is strangled. Nine-year-old Debby is killed with an axe and Patty Day, the matriarch is stabbed, hacked and shot as she tries to protect her children. Patty and Ben, Libby’s older brother, relate their points of view in the back story from the time leading up to the Day Family Massacre. 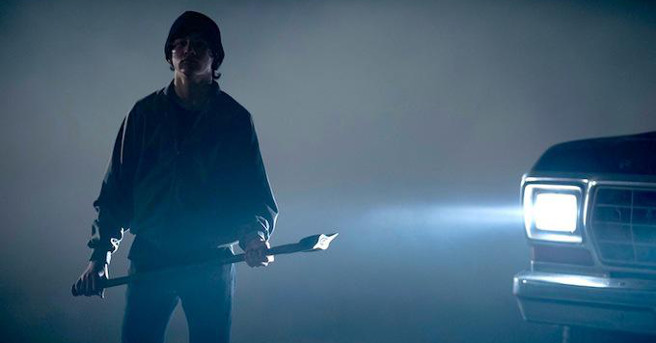 The family’s farm in Kinnakee, Kansas, has been going under along with several others. Patty Day, suffering from depression can barely function or care for her children. Ben, 15, a moody, devil-worshipping, heavy-metal listening misfit, is involved with the wealthy, bad-arse kids at his school. Ben is accused of the murders and seven-year-old Libby’s testimony puts him in gaol. 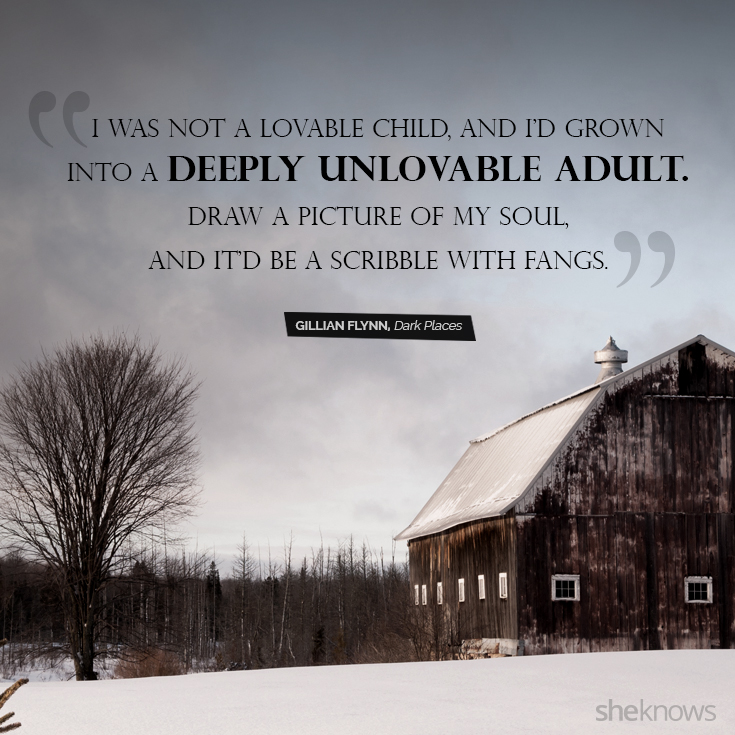 In the present day thread, twenty-five years later, Libby, in need of money, is contacted by The Kill Club, a group of obsessives who specialise in killings and crimes they wish to solve and role-play. When she first meets with the creepy secret society, Libby rejects the idea that Ben could be innocent. But as she investigates further, she begins to doubt her own statements from the time. She meets several key players from the 80s, who were all involved directly or indirectly with the Day massacres. She travels from strip clubs to abandoned tourist towns in her quest to discover if her brother Ben was really innocent.
This is a book about poverty and how it bankrupts you on all levels. My heart was breaking for Patty, the mother, as she struggled to keep her farm afloat and bring up four children as a single mother. And also her neglected children who have to suffer a myriad of humiliations daily from other children.  It also deals with themes of drug use, Satanism, heavy-metal music, farming and under-age sex. The violence is depicted so graphically that I couldn’t read some of the animal torture scenes. It was hard enough to read about a child being axed to pieces while her mother fought to try to save her children with her own fatal injuries.
The tone of the book draws you in. Flynn is a great storyteller and her language is powerful. Her characters are repulsive and dysfunctional but also realistic. There are few likeable characters with most of the children playing dark roles in the tragedy that follows. The only part that fell down for me slightly was when Libby in the present day visits Diondra. I’m still undecided if the book really needed that scene. I found my credibility stretched here as this scene dipped into horror genre territory, but I still awarded Dark Places five stars. 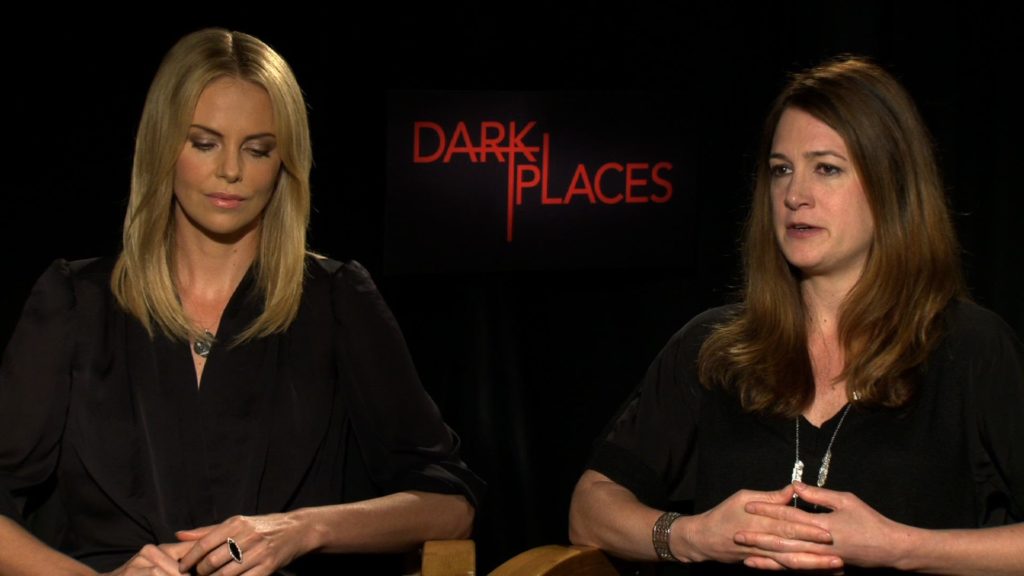 Dark Places will haunt you. It’s not a book that you’ll put away and forget, even if you wish you could. I loved it more than Gillian Flynn’s first book Sharp Objects (which I also really enjoyed) and I also preferred it to the more commercially successful Gone Girl. Try to read it in sunshine on a crowded beach so you don’t suffer the same experience I put myself through. But I do think I have to re-enter the Darkspace of Dark Places to examine how devious, dark and twisty Flynn managed to pull it all off.
“I have a meanness inside me, real as an organ. Slit me at my belly and it might slide out, meaty and dark, drop on the floor so you could stomp on it. It’s the Day blood.” Libby Day