I originally read Dancing On Knives in its earlier incarnation as Full Fathom Five, published by Harper Collins Australia under Kate’s maiden name Kate Humphrey in 2003. 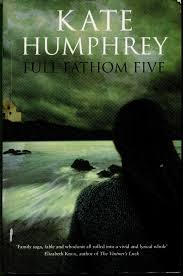 I loved it and so was curious to read the revamped Dancing on Knives, published 11 years later by Random House. 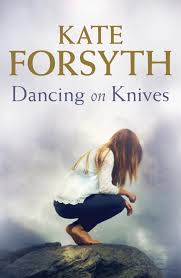 Sara, the lead character, suffers from panic attacks and hasn’t left her family home in five years. From the opening paragraph we learn Sara is afraid of many things. She reads the Tarot and has psychic gifts inherited from her Spanish Grandmother Consuelo – who bequeathed Sara her cards with the message that the Tarot will help her to see more clearly. Sara’s father, the tempestuous and self-centered  Augusto Sanchez, a well-known artist, is discovered hanging upside down from a cliff in suspicious circumstances. On the night his body (half-alive, half-dead) is discovered, Sara draws three Tarot cards: the Emperor, the Tower and the Hanged Man. A clear signifier of Change, conflict and catastrophe. This is the set-up for a contemporary mystery set on the South Coast of New South Wales. 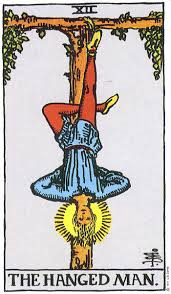 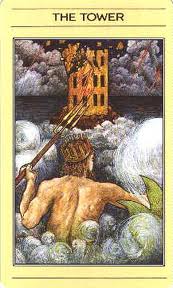 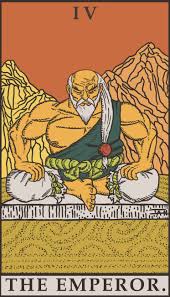 I loved the evocative descriptions of Sara’s readings:   Gently she opened the box. A faint, evocative smell of cinnamon, saffron and bay leaves rose from within, a smell that conjured powerfully the ghost of Consuelo Sanchez. Sara inhaled, holding the sweet, dusty spiciness deep in her lungs as  if it was incense, her fingers resting on the silk-wrapped cards within. After a long moment she let her breath escape in a sigh, took the pack of cards out and unwrapped it from its shroud of silk. She turned the first card over.    Dancing On Knives is rich in poetic imagery. I enjoyed passages describing Sydney, and the Manly Aquarium, the giant sharks and stingrays which added a delicious otherworldly texture.  And this passage below where studying one of her father’s paintings, Sara mourns her mother’s death:   Memories crowded in on her. Flashes of her mother’s voice, a strand of red hair, smothering velvet, smoke against a blue sky. It seemed to Sara that memories sank to the depths of the sea and hardened there to strange shapes. What was once a coin became a worthless disc of rusted green. What was once an anchor became a corroded crucifix. Nothing stayed the same.

Kate has previously written a book of poetry and one reason I enjoyed Dancing On Knives was the poetic feel to the story. It does have a sense of gripping tides and dark shadows in the writing. I also delighted in magical elements such as the description of Consuelo’s recipe book, which brims with remedies, love spells, shampoo, beauty aids and herbal lore. 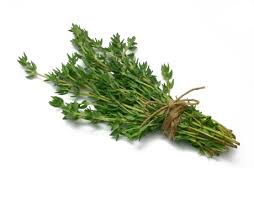 Consuelo still visits Sara after her death as a ghost, with tips such as advising her to make Thyme tea with honey for courage, or wear a sprig of Thyme in her hair. 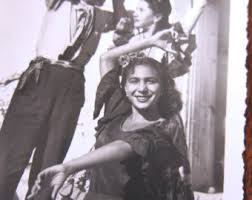 I loved the character of Consuelo and the rich relationship between her and Sara. I could envisage a whole book on Consuelo’s back story alone. 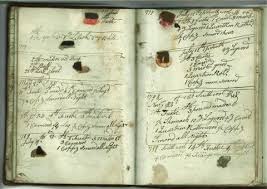 Augusto, with the face of a Spanish aristocrat, thin arrogant nose and cruel, sensuous mouth is an unlikeable character with his selfish treatment of his family. But you feel more sympathetic towards him when he has to mix with his conservative country in-laws, the Hallorans. Augusto loves to discuss God, Art and Death whereas the Halloans’s interests lie more in football and fishing. Augusto is intolerant of anybody who bores him and the Hallorans bore him intensely. Bridget, Sara’s mother, forces Augusto to move from Sydney to Narooma on the South Coast, where his in-laws live, to take up residence in the farmhouse left to Bridget by her father. The move proves disastrous. Augusto is a man who likes to not only paint women, but also to have sex with them first, believing the only way to know a woman is to bed her. When Augusto’s in a good mood he is passionate and King of Hearts, but he can swiftly transform when painting into the Demon-God. He mocks Sara’s attempts at art. His sons (the elder, Joe, and twins Dylan and Dominic) and Sara’s half-sister Teresa fear and despise him. 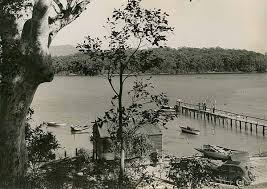 Sara’s panic attacks are also described when she is bullied at school. Throughout the novel we come to understand the source of Sara’s original trauma.  A character deftly drawn, Sara craves order and predictability.  She’s an avid bookworm – mainly romance novels that Augusto sneers at. She can read up to six in a day, ‘lighting one on the butt of the last until she feels sick and nauseated.’ She reminded me of other children with creative bohemian parents such as Arkie Whiteley. Her romantic reading serves as a kind of mind-opiate but then she discovers the world of literature via a found copy of DH Lawrence’s Women In Love.  This book is a revelation to Sara of the power of words and storytelling to resonate in the human soul: 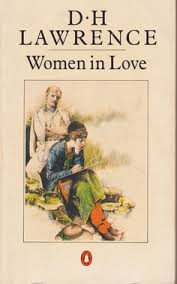 At once she had felt an oddness in the writing. It was quite unlike anything she had ever read before. It was not just that the two sisters in the book did not talk like anyone Sara knew, nor look like anyone with their white dresses and their brightly-hued stockings, grass-green, rose-red, cornflower-blue. It was not just that the words on the page waltzed round and round, pirouetting on points, turning and returning ever again to the same grace notes, building to a mordent melody that thrummed chords in Sara’s own shadow-bound soul, strumming music from keys that had long lain silent and still, coated in dust. In their hearts they were frightened.   Enamoured of Women In Love, Sara comes to realise that she is not alone in her terror of the world – all the characters in Lawrence’s world are afraid. She wonders if Lawrence knew the pain she experiences of ‘the horror of other people, the world being too bright and sharp, as if every step brings pain. Like the character of the little mermaid who had her tongue cut out and had to dance on knives.’ 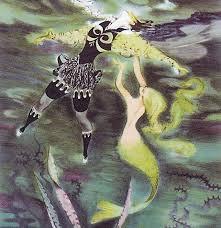 By the book’s climax we come to discover the truth behind Augusto’s fall over the cliff. 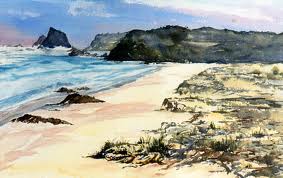 The Tarot card drawn at the novel’s end is The World. 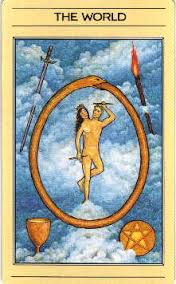 Dancing On Knives is a sad book in many ways, but also a hauntingly sensitive story of dysfunctional families, creativity, the shadow side of art and the longing we endure for self-actualisation and our soul’s true yearning. It is a book that will resonate with all who have experienced the pain of feeling frozen, and not being able to speak your own truth and feeling the outsider in a world that is too sharp and bright. A multi-layered, lyrical, gripping literary mystery from Kate Forsyth. I highly recommend it. 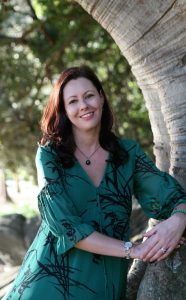 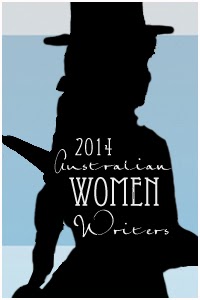