An overcast Monday in Sydney. David carried the proofs back to Pan Macmillan for me this morning and now I’m free to return to my artists, all waiting patiently in the Blue Mountains in the Currawong book. I’m eager to lose myself again in their world as I’ve been out of their story for quite a few weeks. 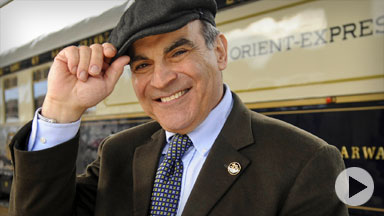 At my daughter’s school assembly this morning the children sang the National Anthem as the flag was hoisted. Swooping over their angelic, Australian voices a flock of brightly coloured parrots dazzled.

How fascinating that he stayed near the carriage where the fictional Hercule Poirot was described as being by Agatha Christie in her inventive novel, Murder on the Orient Express. When art and reality mesh and mingle in that twisty way I find it so surreal and oddly satisfying. Although ‘real life’ will always win for being the most surreal and twisty over any fiction.