Secrets, Lies and Deceptions
‘And if dreams were locks, we’d all possess keys.’
I  loved Karen’s The Brewer’s Tale (Harlequin Australia, 2014) so I was looking forward to reading The Locksmith’s Daughter (2016, Harlequin) and it didn’t disappoint. 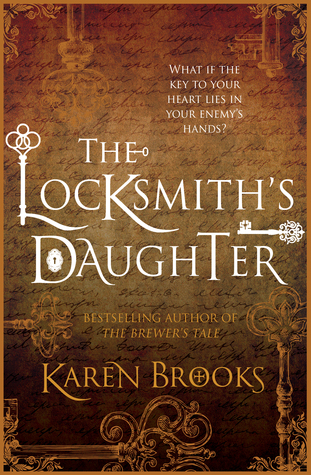 The Plot:
The Locksmith’s Daughter is set in the Elizabethan era, when locks were handmade, not picked up from your local Coles. Mallory Bright, only daughter of Gideon Bright, a locksmith in London,  becomes a master locksmith under her father’s tutorage. 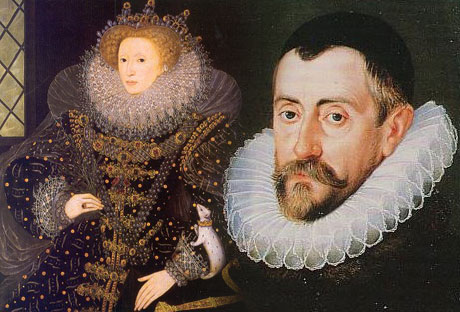 After she runs off with a total cad, Mallory has become a disgraced woman and feels rejected by her emotionally distant mother. Francis Walsingham, protector of Queen Elizabeth 1 (one of the true figures from history that Karen intertwines her fictional novel around) enlists Mallory to engage in spying for him. After Mallory is witness to a public execution of Jesuit priests, she finds herself questioning the work she has been engaged to do. She realises she is entangled into a violent and sinister world, where people she previously trusted, like Sir Francis, may prove to become fatal enemies.

Karen evokes setting so well. You’re transported into Elizabethan London, a world of suspicion and fear ruled by political and religious biases.
This from a scene where The Locksmith’s daughter has just left the fabulously named Seething Lane (a true London lane that Karen visited on her research trip), on an early spying assignment with one of the servants, Casey:
The smell from the butcher’s stalls lining Cheapside was pungent. Blood, offal and all manner of refuse flowed from the tables where  freshly slaughtered carcasses were hung on huge hooks to drain or flung upon blocks to be dismembered. The dull thuds of blades hewing through bone and gristle were percussive, interrupted by the loud conversation of the men, their calls to attract custom, the clink of coins and the banter of buyers. In the dark alleyways and ginnels, the plaintive bleats of animals could  be heard, as if they knew what was in store. I maintained a stoic expression and forged ahead, as if it were my practice to pound these streets each day, seek out fare for my household and barter with a ruddy-faced and grime-covered butcher.
I was glad when we reached the conduit and turned into Walbrook Street. Casey steered me into the smaller lanes, away from the press of bodices, carts and horsemen, taking us past St Pancreas. Vendors stood beside stalls or outside shops crying out their wares; women lifted ripe fruit from laden baskets, tempting passerbys with cries of ‘oranges and lemons’, ‘apples for sale’; strings of onions dangled, plump radishes, grey oysters, drooping coneys and pigeons by the brace. Still others sold ribbons, lace, cloth, iron nails and candles.’
Character descriptions of people, both fictional and historical are also deftly done. Consider here this portrayal of the Queen:
Her Majesty was nothing but a grotesque parody of womanhood. Wrinkled like a beldame, she was stick thin, her flesh capturing the power and creams in which she was liberally doused. Her whitened cheeks were sunken, her dark eyes were cold and lifeless stones that scoured the people at her feet but didn’t see them. The brows arched above her deep-set eyes were almost non-existent. God forgive me, but the men who set such store by my Queen’s grace and beauty were either bewitched or engaged in gross falsehoods.
Only her hands, one clasping an elegant fan, the other raising the pomander to her nose, suggested something of these lyrical descriptions. They were long-fingered, creamy, be-ringed and elegant. 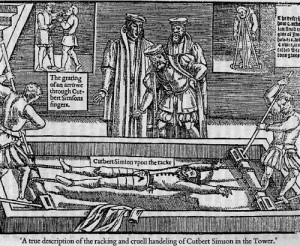 Warning! – there are some very graphic stomach-turning scenes. One was when Mallory drags her friend Caleb to witness the execution of the priest Campion and his conspirators who are executed publicly with evisceration. This scene is really shocking as Brooks doesn’t hold back on any of the gruesome details. Karen, really makes you feel as if you’re witnessing the execution.
Karen writes about the effect of the execution on Mallory:
I’d seen death before, many times. Mamma’s wee babes, precious little scraps of bloody flesh that never breathed. When Goody Kat next door died, I helped prepare her body. Oft-times, the poor passed where they slept, propped against a house or church only to be found once their skin was cold, their eyes opaque, the following morning. The streets were littered with dead animals: cats, dogs, butcher’s refuse, rats, their corpses pecked by  hungry birds. Then there were the plague carts rumbling through the lanes, the white-blue limbs of the dead jutting from beneath the cloths thrown over their indignity. Aye, death haunted the sky and our lives the way the mist did the winter morns. 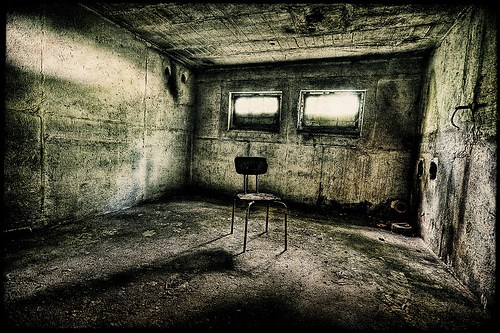 Equally disturbing are the scenes where Mallory is tortured in the Tower of London by  sexual sadist, Richard Topcliffe. Having visited the Tower of London, it’s too easy to imagine the cruelty that people endured within its stone walls. Topcliffe was, horrifyingly, a real person and claimed a friendship with Queen Elizabeth, even boasting the Monarch allowed him to touch her breasts. The mention of his name evoked terror, but he was protected and even given his own torture chamber in his house to ply his trade. He was described as a ‘cruel creature, who thirsted for the blood of Catholics’. Chillingly enough, Karen says in her detailed Author notes, that the descriptions of Mallory’s encounter with the sadist can’t match the real reports on some of the depravities he inflicted upon women. 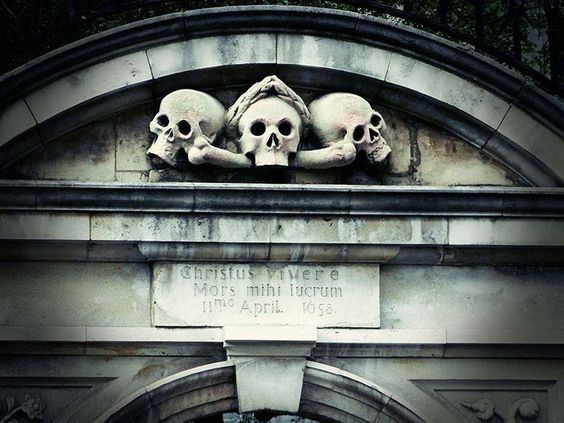 All of the characters are complex, with shades of shadow and light. The anti-hero, Nathaniel is a pirate figure and a very endearing rogue. Mallory isn’t some unblemished maiden but is a fully fleshed out woman with a murky past. 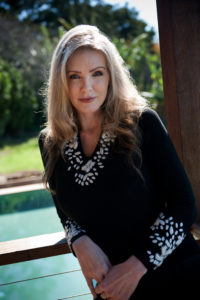 Karen writes a detailed Author’s Note at the end describing how she combined fictional and factual characters. Her inspirations and very thorough research make for fascinating reading. I loved discovering more about the locks themselves in the story and the often deadly poisons and traps within the locks used in the Elizabethan era. The spying trips that Mallory embarks on, are also suspense-filled.
A really engrossing historical read containing meticulous attention to research but is also a page-turning story to lose yourself in.
The website of Karen Brooks  HERE