The school holidays have just finished in Sydney.
So disruptive to writing time, but my daughter and I embraced Winter days relaxed in Little Brick, enjoying the luxury of not having to concern ourselves with lunchboxes, uniforms and school newsletters. 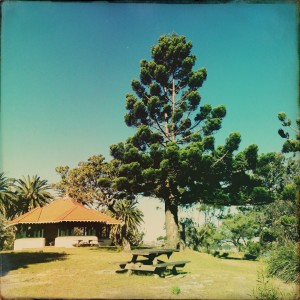 Thank you to WHO magazine for the following mention of Currawong Manor. 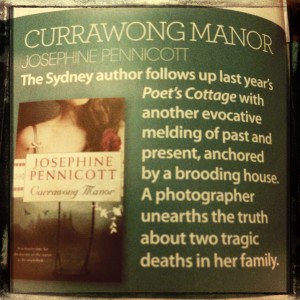 And more thanks to all the online reviewers who are helping to spread my book to potential readers: such as this beautiful review from Monique at Write Note Reviews, who said:

Currawong Manor has everything I love in a novel – a decaying house creating a dark and oppressive setting (enhanced by the mountain location), a heightened sense of suspense, a slowly-unfolding mystery, and some sinister characters (including the house and the nearby woods). There are also secondary romantic elements, which add to the tension. The standout feature for me was the sense of place; because it was captured so well, it made me want to plan a holiday to the Blue Mountains sooner rather than later.

For those who love a good gothic-style mystery, add Currawong Creek to your to-read list – I highly recommend it. I’ve added Pennicott’s 2013 novel, Poet’s Corner, to my to-read list. 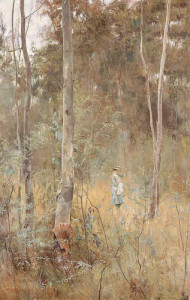 Thank you, Monique. The rest of the review can be read on her review site HERE. I was most taken with the fact she used a painting from Frederick McCubbin, The Lost Child  as I was working with that image on an early draft of Currawong Manor. It also means a lot to me when I can make people long to revisit a place through my prose. 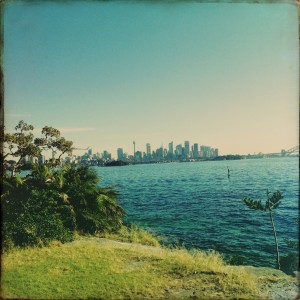 I enjoy the inner-city when its hub is momentarily hushed as the exodus begins from Sydney on holidays. But I admit, to some envy as I watched friends heading off for overseas holidays.  I reminded myself that sometimes the most cherished holidays are when you discover your own city anew and that having unstructured days is of great benefit to children. 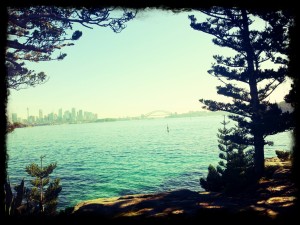 I remember holiday breaks when I was a child, that seemed to last forever – no playdates,sleep overs, activity centres, and extra tuition in everything imaginable booked in. Instead we explored our own backyards, became terribly bored and began to create with the material we had at hand. I wrote books I never finished on an old typewriter, formed clubs with imaginary friends and read books I longed to read and wasn’t interested in, but I’d already read everything in our house and library. Boring your children is so important and undervalued in this overstimulated time if you want to help your child’s imagination to flourish. 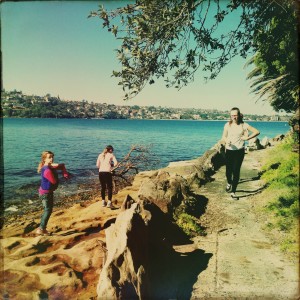 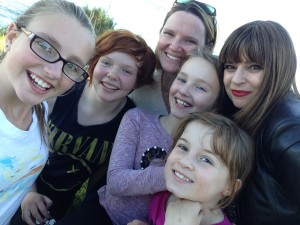 Captain Josephine Pennicott and her pirate crew on the harbour

With harbour side trips and unstructured days behind me, I’m now busy working on my present book which I’m very excited about. I’m back in Tasmania for this one and it’s 1950. After all the recent events in the news, it’s a relief to immerse myself into a more optimistic decade. 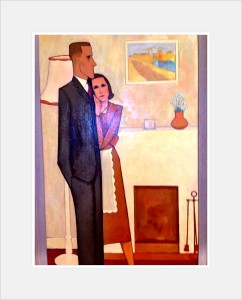 Thank you to all the support for Currawong Manor on my Facebook pages and on Good Reads. I do value your comments and cyber-word of mouth. 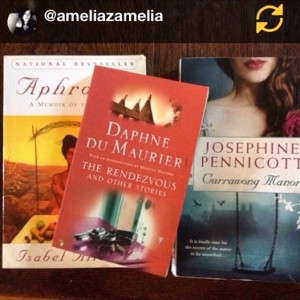 Keeping good company. Thanks to Amelia for the support on Instagram.

In early June, I announced a Giveaway to celebrate Currawong Manor’s release. I have put all the names into a hat and selected a winner from the large amount of entries received. 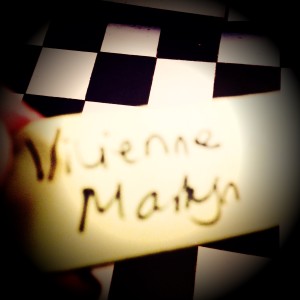 Congratulations to Vivienne Martyn, you  will be receiving a signed copies of both Poet’s Cottage and Currawong Manor, a set of Daily Guidance Angel Cards and a Russian Red Mac Lipstick all to the value of $120.93. Thanks so much to everyone who entered, signed up for my newsletter, shared the post and helped to spread the word. Your support is always so appreciated!
A few more photos of my recent High Tea via Better Read than Dead’s Facebook page: 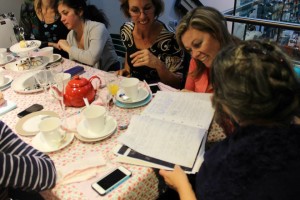 Guests at the High Tea examine my notebook 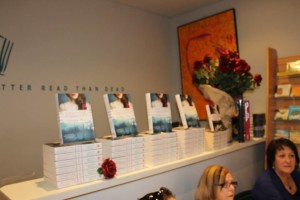 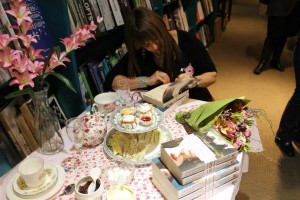 The world seems such a grim place at the moment. As Neil Gaiman tweeted:
·

Feeling absolutely helpless in the face of the madness and violence of the world. I’m making things up to keep sane. I’m in control there.

I share his despair. So many sadistic and cruel things have been occurring to so many:  but in the darkest of times, artists and storytellers are even more vital.
So feel the pain, but keep working, blaze your fire, call for grace.
If you have enjoyed this journal post, please share with your online friends if you think they would be interested.
Love and Light,
Josephine xx